RepRap Prusa i3: Bill of Materials

RepRap Prusa i3 #1: the beginning

After a long time I have the time to write something new.

I have decide to build a 3d printer, one of the varius reprap, a Prusa i3 exactly.

I’ll use that to build some prototypes and little statue 🙂

I’m still at the beginning. I have just recived the plastic piece 😀

There are various versions of the Prusa i3, and I have decided to build a Prusa i3 Box Frame. The difference between the different kind of prusa i3 are not on the mechanical work of the machine, but the difference are in the shape of the plastic parts and the way they are fixed to the main frame.

The boxed prusa i3, once complete, will be like the one in the following image. 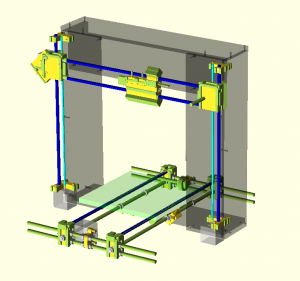 The plastic pieces in the kit are the following 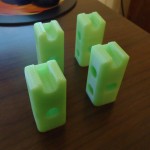 The foot to build the base of the printer 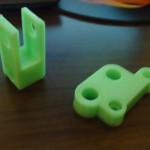 To mount the y-axis motor, the one that moves the printer bed, and the y axis belt tensioner 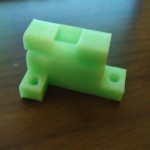 To fix the belt to the bed. 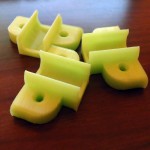 To mount the linear bearing (LM8UU) to the printer bed 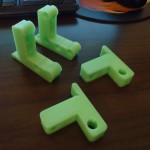 To build the vertical axis (z-axis). 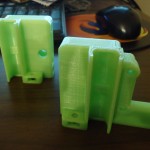 These are the pieces that hold the x-axis, and the ones that allow the sliding of the carriage on the vertical axis. 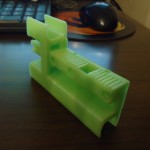 The x-carriare of the printer. For the horizontal axis. Is the carriage that carries the extruder 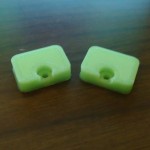 The pieces that holds the belt that moves the x-carriage 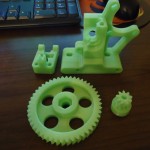 Extruder body. It will pull the filament 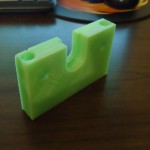 To mount the extruder to the x-carriage 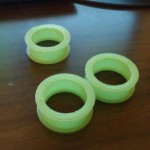 I’ll use that as belt guide 🙂

In the next days I will start the building. As soon as I can I’ll publish the various step.